How do we get the “BEST” exchange rates?*
Cash? … ATMs? … Casa’s de Cambio … XE.com … The Bank … ??
This article describes the ins-and-outs of changing money in Mexico and the USA … how to get reliable exchange rates … and how our credit cards, bank debit cards, storefront exchange shops, and ATM systems actually work.

~~ I get the BEST rates by checking the box on the ATM that says:
“No,  I don’t want the fixed exchange rate.” 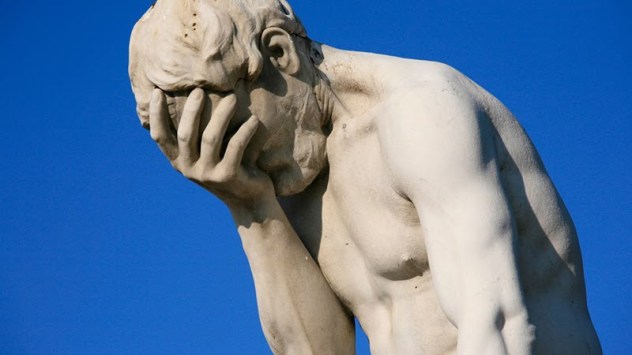 Banks must make money. …  Bank customers love to think they’re getting things for FREE.   … “Free-stuff” from Banks used to mean cheap toasters, cheap clocks, cheap coffee travel-mugs …   Notice that Banks do not even give away these cheap chatzkies anymore,  because, since Banks got kicked out of the Wall Street casinos … Banks are now fighting to make~take every penny they can. 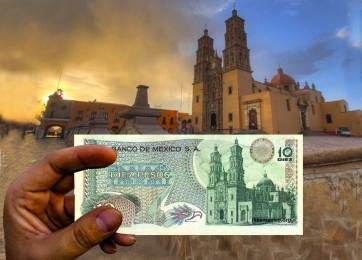 ~ Second:  There’s another person-business (somewhere) who is source of those MXN Pesos … That person-business “Seller” who is SELLING those same MXN Pesos, pays a “Sell Rate”  to the Bank,  a “Sell Rate” that is 0.5% – 1.5% BELOW the “Mid-Market Rate” …    In our example,  the Seller sells $100 dollars worth of Pesos,  but the bank pays them just $98 worth of US dollars.

In our case,  the Bank quietly took a total of $4 … (the Spread), by charging the Seller more Pesos, and by giving the Buyer less Pesos … just by using slightly different exchange rates for the Buy Rate vs. the Sell Rate. …. Typical spreads are a net 2% total, where the Banker quietly takes $1 from the Buyer, and taking $1 from the Seller, to keep $2 total on every $100 dollars worth of “exchanges” …

~ The “Spread” is the vigorish – the under-the-table CUT that Banks quietly take ON EVERY EXCHANGE …   EVEN the customers who imagine their Bank gives them  **Free**  “No Fee” exchanges …  are paying the Banks the SPREAD  that’s built-into … hidden inside… (almost)    every exchange transaction. 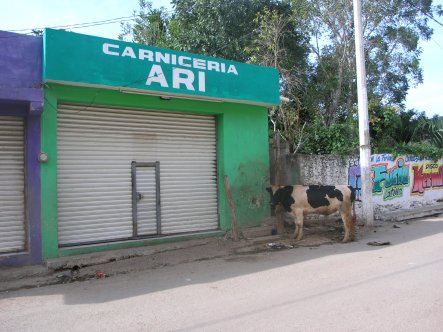 When we’re newbies to these things …. most of us imagine that there is some magic single “exchange rate” …  while in reality … real exchange rates are determined at least 6 different ways.

1. The first way & most common way that real exchange rates are determined is exactly like the Stock Markets, where there is NO OFFICIAL price for a stock (ever) …  NOR is there a single magical official exchange rate.

The vast majority of REAL exchanges are done when Buyer “A” offers to buy MXN Pesos at a certain “Buy” exchange rate, and Seller “B” agrees to sell that many Pesos at a similar “Sell” rate… and the BANK or Exchange House (like XE.com) handles the deal, and TAKES A CUT (called the spread) from both the Buyer & Seller.
(See the Definitions above if you don’t understand these terminologies or realities.)

These vast majority of exchanges take place in real time … with shifting  Buy & Sell rates, second by second… minute by minute … ALL DAY LONG … These “exchange rates” are FLOATING all day – and ALL NIGHT … These are called the “Spot Rates “, and they can fluctuate WILDLY,  even within a single morning or afternoon …
=> aka The Wild Wild West of money-exchanges by commodity traders or day-trading stocks.

If you’re “lucky” that moment of that day, then yes, just like playing the slot machines  …  you can win… If you’re unlucky that day … you lose… losing money simultaneously in 4 different ways.

2.   A second type of “exchange rate” is one that is predetermined by an agreement between 2 parties.     If I, (Steven Fry)  agree to sell pesos to  another fellow (let’s call him Grant) at some mutually agreed upon rate …    THEN Grant can win big, if Steven offers to give Grant a high rate that is far from that day’s or week’s other more common exchange rates.

In the real world … Individual parties are FREE to agree on whatever exchange rate they want.

That’s the kind of exchange rate that happens,  when you go into your MEXICAN branch bank, and ask what SPECIAL exchange rate that Mexican bank’s central exchange office is willing to pay me (or you)  that morning… or that afternoon…  These are “SPECIAL ONE-TIME OFFER” rates.

When a Mexican bank thinks the MXN peso is temporarily too high, They then SELL Pesos at better than published Mid-Market exchange rates,  because they want EXTRA US dollars – Which means they buy US dollars today,  when the Peso is artificially briefly strong …. and then when the Peso falls in 2 weeks … they’ve just made a shit-pot load of money, by taking a small previous risk of selling Pesos at below “Mid-market rates” two weeks earlier…

3.    The 3’rd kind of “official” exchange rates … less used …  are published daily … by Banxico (the Central Bank of Mexico) …  Banxico’s official rates are determined based on an average of the PREVIOUS DAY’s exchange-floor spot-trades at XE.com et al

… That reality means that, (per the Banxico website), the Banxico published “official rates” are ALWAYS 1 business day LATE…

Why should you care?
Some Mexican vendors (unwisely) use the Banxico rate to determine their dailyselling price (in Pesos) of things like solar panels etc that use US-cost-based silicon elements. … Notice that the Mexican vendors do not realize that their Banxico choice it is based solely on YESTERDAY’s USD-Peso trades    …   That means if you can bet    today    on a horse race that happened yesterday.  … You simply look up today’s fluctuating moment-by-moment trading floor exchange rates on XE.com, or on Bloomberg TV or on MSNBC … and you know today’s real current rate ….  while the Mexican business is using yesterday’s Banxico rate results. 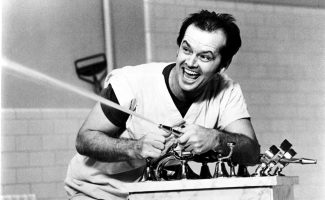 4. There are a 4’th category of exchange rates, based on the BIG BANK’s daily overall exchange rate decisions, made at MIDNIGHT of every night.

Visa Card and Master Card accept $10’s millions of dollars of ATM charges & credit card purchases every day … BUT… Visa & MasterCard do NOT process those transactions (exchanges) until MIDNIGHT that night … Every midnight, MasterCard & Visa look back at the previous day’s XE.com and Bloomberg reported floating-rate exchange floor trades … and THE BIG BANKS at midnight, set a single exchange rate for the PREVIOUS DAY’s transactions based on an average of the previous days floating-spot-rate exchanges.

This system CAN work very well, since your ~single~ little exchange transaction of buying something with a Credit Card,   or using an ATM, or “with my bank in the USA” … because your single little electronic transaction is bundled with $10’s of millions of other peoples electronic transactions … So you get lower overall fees due to using the bulk volume of the single MASSIVE midnight aggregated exchange-trades by Visa Card & Master every night.

But NOTICE that you can get hosed … sometimes … by using this ATM – BIG BANK mass exchange at midnight, especially  IF the rates are fluctuating rapidly that day  – and you made your transaction in the morning,   but if the market slides in the afternoon, you get stuck with a bad MIDNIGHT BIG BANK final daily exchange rate deal.

5.   The 5’th category of exchanges is by SPECIAL BUSINESSES who have either too many US Dollars … or too few MXN pesos … These businesses offer SPECIAL EXCHANGE RATES through little storefronts (special Casa’s de Cambio)  …   Because a Mexican business or industry may need to DUMP too many Pesos, and they want US Dollars, then that Mexican business will offer rates that are commonly up to a FULL 5% better than the Banxico rate … or as much as a full 5% better than the US BIG BANK (midnight) rates….

If you find that little SPECIAL exchange office is offering superb rates, you can GAIN an extra 3% to 5% on your exchange.

THIS IS one of the ways we (the authors of this article) regularly get an EXTRA $50 US dollars of gains … on a every $1,000 dollars we personally exchange.

THIS is the opportunity that travelers have, when they have a layover in the Mexico City … Benito Juarez airport Terminal 1.

The same opportunity exists in Gran Plaza, (Merida), for people with TOO MANY Mexican Pesos …  There’s a little special UNIQUE storefront Casa de Cambio in the front of the big Mega-Comercial grocery who SELLs US dollars at 5% better than other “sell” exchange rates. … People selling Pesos,  buying US dollars,  can save~gain a literal $50 US dollars on every $1000 dollar transaction.

and No …. Don’t do exchanges with money-launderers …

If they’re a stranger,

6.   The 6’th kind of exchange rate is one you want to AVOID…
Individual home Banks up in the USA & Canada are free to sell MXN Pesos to their account holders at whatever rate they want to set.   Because individual branch banks do NOT have MXN Pesos sitting in the branch,  they have to make special extra efforts to get MXN pesos to sell to you … and the US & Canadian branch banks then CHARGE for that service by setting their own expensive one-time-exchange rates.

The typical airport Casa de Cambio outlets,  and the typical city-center Casas de Cambio similarly charge artificially high rates to unknowing tourists, who just want the convenience …  who pay an extra additional 3% for the convenience … Convenience that costs themselves a net total 10% LOSS on the exchange.

= = = = = = =
and
Yes, Virginia …. Intercam & Monex use one of these 5 main systems of determining exchange rates, but I’ve never used Intercam nor Monex, so I do not know their procedures.

…  Do any of our talented readers know what method Monex & Intercam use? …

Finally … Notice that all the first 5 “better” exchange rate methods apply to US DOLLAR – MXN Peso exchanges …  and then note that the special ways to save 3% to 5% on exchanges may not work with Loonies or Pound Stering … because most Mexican businesses & Mexican banks do not want either Loonies nor Pound Stering.  😦

* * * *
*As always, the information offered above is for ONLY educational or humorous purposes.   It is NOT intended as either financial advice, nor is it life advice.   See a professional financial adviser or therapist for real financial or life advice.
* * * * * *
Feel free to copy while giving proper attribution: YucaLandia/Surviving Yucatan.
© Steven M. Fry