March 19, 2014
Good economic news continues to roll in for the future of Mexico’s economy. After financial experts’ 2013 broad projections of Mexico as a top choice for personal investing for the next few years, Goldman Sachs and Nomura now predict that the Mexican economy will enter the top 10 largest economies in the world by 2020.

A combination of record exports,  growth of the US-Mexico trade relationship, plus commitments by Cisco, PepsiCo, Nestle, Pirelli, Vesta, and PEMEX to invest close to $10 billion in new operations in Mexico bolster expert opinions that Mexico has a bright healthy economic future.

A few facts:  Mexico’s record 2013 exports of $280.4 billion to the U.S. and imports of $226.1 billion from the U.S., point to a growing trade alliance that benefits both countries.  Automobile manufacturing, auto parts, and aerospace were the driving sectors for exports to the U.S. 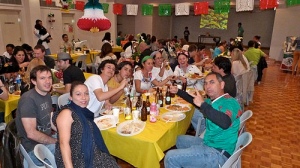 Mexico’s solid fiscal and monetary policies have not only stabilized MXN peso values, but Moody’s Investors Service has taken notice and has increased – improved Mexico’s debt rating to “A3” from “Baa1”. This change ranks Mexico as second only to Chile in Latin America with this good rating.

Billions in heavy investment by in Mexico key international businesses have also been announced by a variety of industries.    Cisco, PepsiCo &  & Nestle plan over $7.3 billion expansions of their Mexican operations over the next five years – demonstrating further confidence in already robust Mexican consumer and industrial markets.

Specifics?    Over 50 Japanese companies have inked deals to expand operations in Guanajuato alone, resulting over $1.79 billion in planned investments to create 12,580 new jobs there.    Continuing to build Guanajuato’s manufacturing base:  Pirelli Tires is currently investing $1 million a week, of a planned total of $200 million, in its Guanajuato production plant based on strong demand.

High Tech, Aerospace & automotive industrial capacities also continue their already solid growth in states like Queretaro, bolstering Mexico’s economic future.   Vesta, a leader in wind power generators, declared investments of $400 million throughout Mexico in the next five years,  on top of their $60 – $65 million yearly investments in industrial plants in Queretaro’s industrial parks for the past 3 years.

The planned growth is not just from international players:    PEMEX plans 2 years of $600 million USD of investments to upgrade its ocean fleet, and    PEMEX has also announced service contracts for 42 ocean vessels for deep-water drilling and exploration to dramatically expand Mexico’s oil production over the next decade. Finally, Mexican companies ranging from Logistics to Foods and Mining plan $billions in capital investments to increase capacity.**

All in all:  Things look good for Mexico.