Are you up to living in Mexico?

Our daughter, Vero, sent me this short email late yesterday:
Steve, Did that work? I just tried calling the magic jack number. 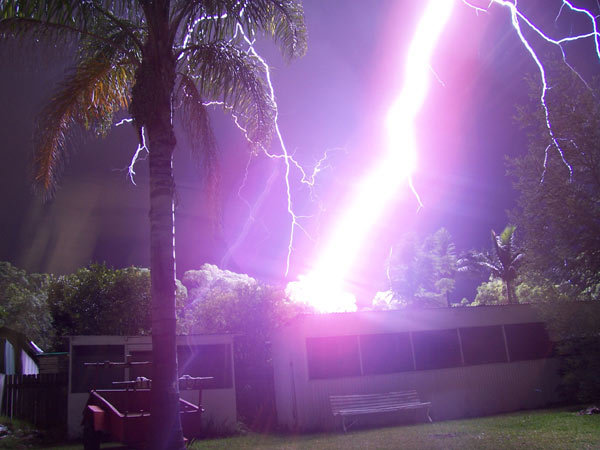 Think your $10 powerstrip “surge protector” is enough?   We had all our electronics circuit breakers on a $1,000 peso power conditioner – with 5 year guarantee of full protection for electronics.    This close strike got past the conditioner, plus it ruined neighbor Don Francisco’s Telmex phone service ~ (which is still out, and may be out for days.)

Fully hopeful of getting full internet back,  today,  I pedaled over to the Cablemas office (cycling in our steamy-summer tropical Yucatán jungle heat is better than it sounds, because pedaling makes its own breeze, so you feel OK,  until you stop, when heat from your core explodes out through your pores …   ooops, back to the Cablemas office … )   – sat in the chairs 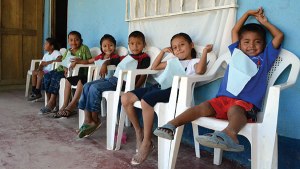 – made apologies for my poor-Spanish by offering that we could speak either “su Ingles o mi Español malo” … “Su Español malo, por favor, Jeffe.“-  had a computer-terminal tech look at our damaged router – all to hear him say “the soonest we can get you a router is next Miercoles (Wednesday)…”   5 days out – but at least the wireless part of the Cablemas router works to beam weak signals around through our massively thick stone walls – and … they let me keep the damaged-limping router.

next level of tech-hell?   The Cablemas router was connected to the Cablemas cable in our home-office – making the wireless signal go through 2 or 3 thick mamposteria walls – knocking down the signal – making Skype and laptops and Slingbox work poorly.

next level of tech-hell?  I decided, “Oh well heck, I’ll just give up and move my computer and TV stuff into the office PC computer – next to the router… ” It turns out the lightning strike smoked the network card on our office PC…

Out into the rooftop’s  still-blazing sun,  I disconnected our old satellite dish,  moved those cables over to the Cablemas entry-point  ~  cut cables ~ and installed a connector on the old cables, and descend hopefully back into the cool house.  …  My first crude rooftop re-cabling combined with re-purposing the old satellite TV cabling – got decent internet signals (now 3:00 pm) moved into the living room through the old satellite cable – but the signals were a little dirty, plus streaming cut-out and froze briefly under heavy demand.

next lower level of tech-hell?   Went back up onto the roof, replaced a 3-month-old weak splitter with a new union/butt-connector, and installed yet one final new cable connector end, and treated the connections with special NASA corrosion-healing lube.    Returned downstairs …   internet now working 10% better than it ever has … looked promising, until I tried to connect to Slingbox to watch some news about the breaking situation in Ukraine.

Slingbox went from crappy early in the day to…

… total shutdown at that point.

As I screwed around with cleaning programs on my computer to get rid of junk files and free-up memory and eliminate registry errors, etc, I watched beautifully streaming French TV from a French website to get a little news.

192.168.0.1/   =>   computer probes  the Cablemas router’s diagnostic software – and finds both of our laptop computers were connecting to the Cablemas router just fine, but there were absolutely no signals coming into the Cablemas router from Cablemas – and no outgoing connections… NOTHING – both sets of 10 values (in and out) had “~ O dB ~ ” … began furiously resetting the router,  multiple times … nada ….   I have never seen that before in 8 years here – as there are usually at least some tiny voltages dribbling in…

next lower level of tech-hell?    Compulsively check the router and laptop every 10 minutes to see if any internet signals were coming from the limping Cablemas router… nada

Gave up – got a cool drink – and took a luxurious cat-nap.

next level of tech hell?    Clients at the apartment building call to say: “Our internet is out...”

I packed-up my laptop, cables,  and router over to the apt. building and found that at least all three routers in the apartments were fine, … but no Cablemas internet nor TV…

Gave up, explained to the tenants that “everybody’s Cablemas is out in our neighborhood” – that we have an appointment scheduled in 5 days for Cablemas techs to come out –  and resigned myself to no TV nor internet until next Wednesday’s Cablemas appointment – on to grilling hamburgers.

next lower level of tech-hell?   The edges of 2 burgers burned-black due to a newly rusted-out hole in the gas grill’s burner.

rest of the burgers tasted great…

Talked with neighbor Don Francisco about their Cablemas service – to find out that all of their telephone, internet and TV (from different providers) were all out…

What book to read for the next days…

Decided to re-connect our Cablemas router back to the new-livingroom-cable-connection ~ to try it one last time. ~ … lights… ~  more lights … ~ ALL the lights flashing merrily…. IT ALL WORKS…. with the strongest best signals ever to our computers and TV…

Read email:   Vero wrote to say that the power at their house had been fluctuating all day – screwing up their DirecTV and my Slingbox. …. Checked Slingbox: WORKS GREAT….

Decided to try to get Magic Jack working for Maria Alba and Vero to talk….

Realize that we are in the middle of a true tropical heat wave…  and heat is building inside the house.

kick-back, and enjoy the PBS newshour from PBS-Colorado  to  103W satellite over Ecuador – back to Colradp by Nate & Vero’s DirecTV via Slingbox  via  Century Link   via   Slingbox’s far-off server   via   Cablemas’s server   via   our limping-router via   wireless signals to my laptop…

p.s. Vero, You can now call your mom using Skype.

16 Responses to Are you up to living in Mexico?