” … I believe people are being misled when manufacturers say vehicles are even more safe. According to my insurance there had been more than 10 cars stolen with keyless entry in my postcode … that month. “
All it takes is a pair of simple signal boosting RF-repeaters** … exactly the same as boosting your Wi-Fi signals around your house (with simple repeaters)
. 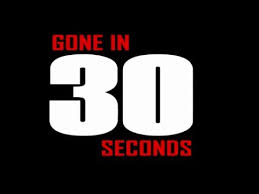 ” How Keyless Theft Works “
” Thieves, normally working in pairs, will target a car parked outside a house. … One criminal will hold a device close to the car that boosts the signal meant for the key, while the other thief will stand close to the house with another device that relays that signal to the key, fooling the system.”
“Once the cars have been stolen, they will be stripped for parts, police say. ”

The best defense?
Install a lo-jack tracking system, to let the cops track the car when it’s been stolen.

Hopefully, the cops can get there before the car is too badly trashed ~ chopped … into parts. 😦

Old School … aka KEYS … (like paper ballots) do have some advantages.
😉